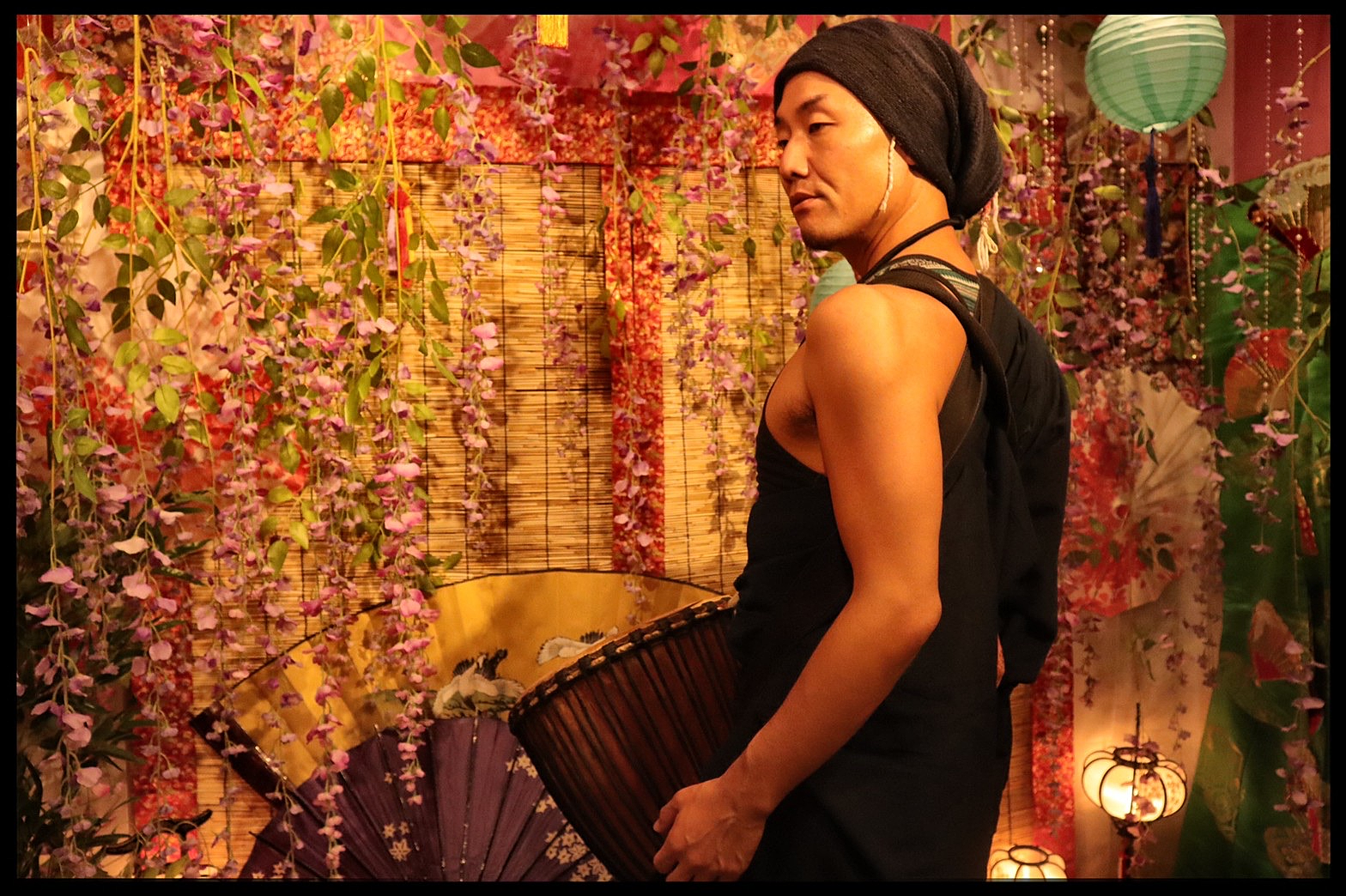 VIP membership registration for this owner is only available on the apps. Please download the app to register as a VIP member. 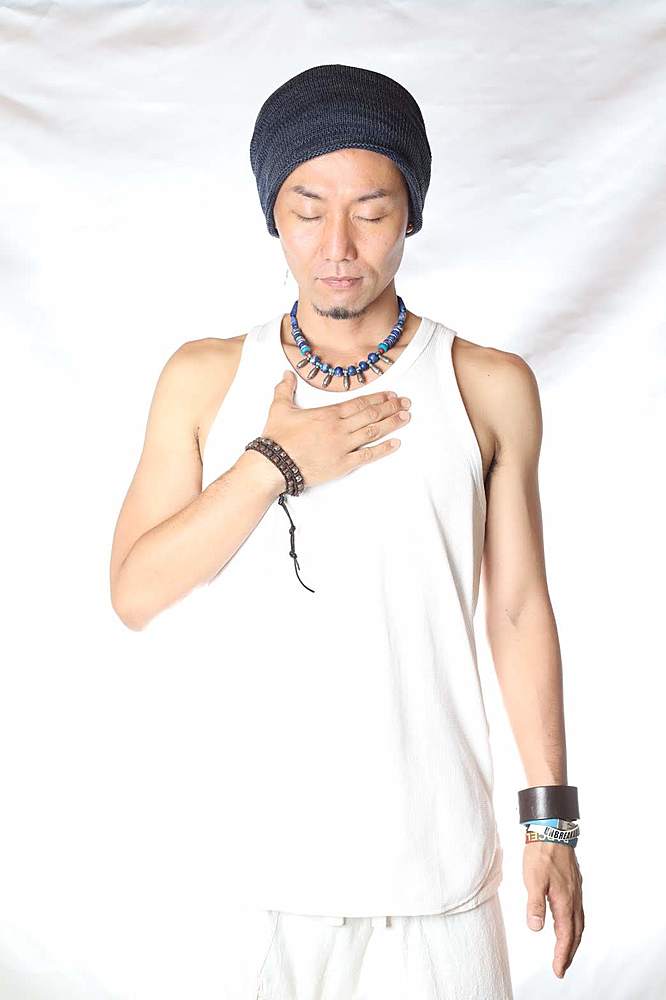 A rare style singer-songwriter who sings while hitting a West African drum, djembe.

It expresses organic music that is influenced by African, gospel, reggae, Okinawa, rock, etc. and has the scent of the earth.

In 1997, he joined the hard rock / heavy metal band as a vocalist and started making music on a PC at the same time.

In 2003, the moment I met djembe at a musical instrument store, I could see the vision, and it became the style of the current djembe singer.

Djembe performance is not traditional African music, but specializes in performances centered on the "ma" of Noh and Kyogen and the grooves used in festivals peculiar to Japan.

Based in Osaka and Kobe, he performed all over Japan, and overseas, he traveled alone to Australia, South Korea, and Taiwan to perform LIVE with the cooperation of local people.

He often co-stars with physical artists. 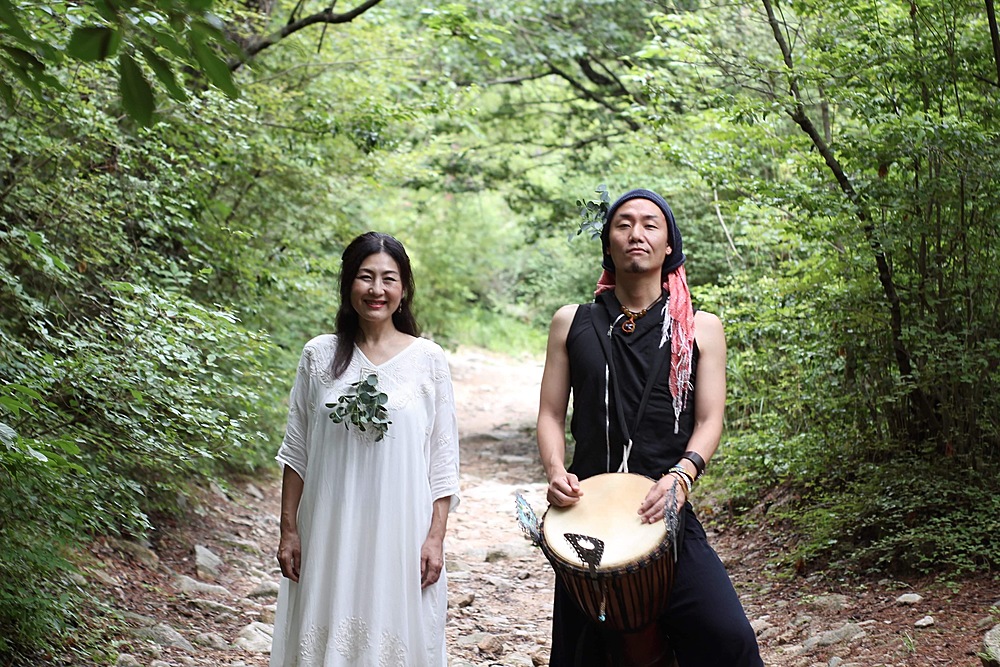 Since November 2017, he has formed and is active in the music of the Plants "Seeds of Earth" with the piano singer Chiyo Overseas. 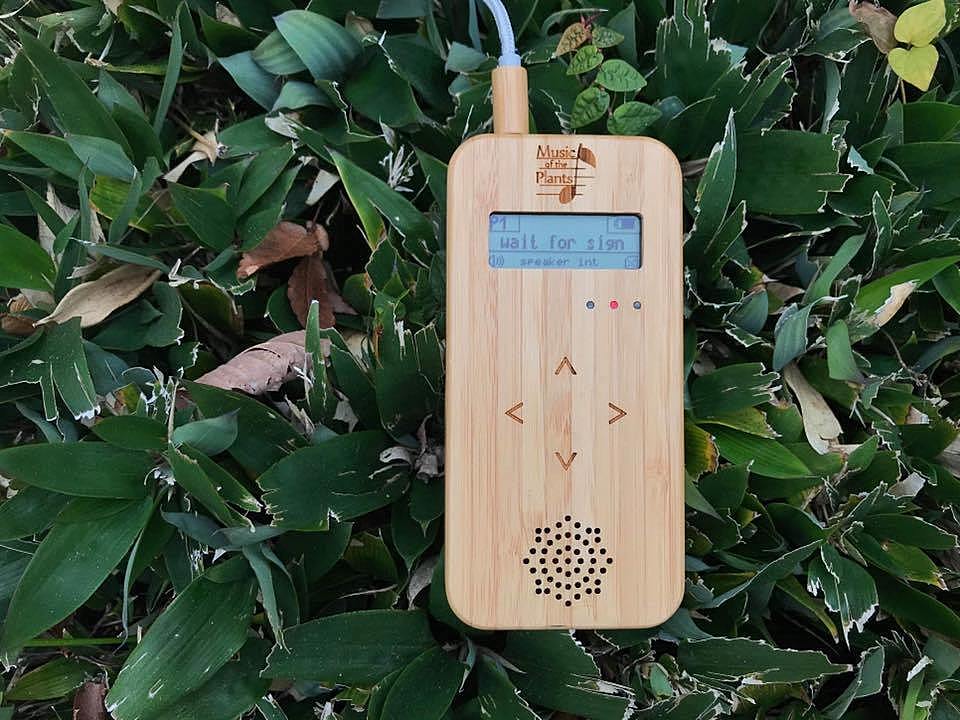 A session will also be held using the device "Bamboo" that converts the bioelectric potential of plants into the sound of a synthesizer.

Started activities to play sounds and words centered on Kabuki's performance "Uiro Uri" with actors KAOROSE and others.

In November 2018, participated in the stage of Osaka's long-established theater company "Theatrical Group Theater Kosha" at the ABC Hall as a sound. 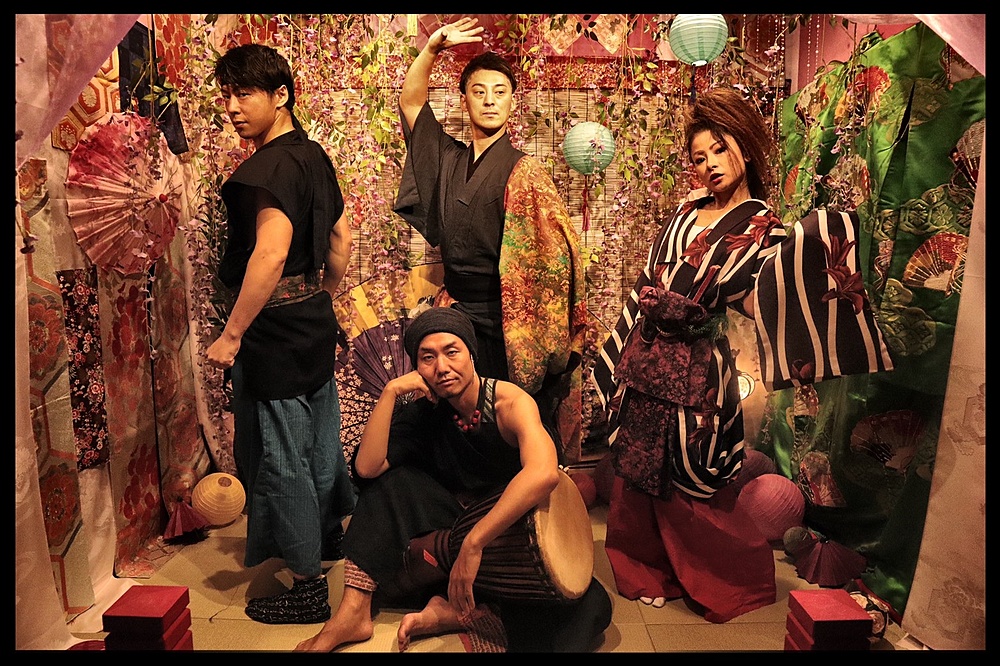 In 2021, he is scheduled to participate in the stage "Aoi no Hito" of the theater group "Yorozuya" at Otsuki Noh Theater.

He was born, raised and lives in Suita Osaka Japan.

His music performance style is singing while playing Djembe and influenced from the grooves for Japanese traditional performing Noh and Kyogen and the Japanese festival rather than the traditional African music.

It is organic music inspired by nature elements such as the Earth, the Sun and wind, the ocean, etc., and influenced by music of African, Gospel, Reggae, Okinawan, Rock and native music.

In 1997, he joined a hard rock band as a vocalist and started to compose music by computer.

In 2003, he met a Djembe in a musical instruments shop in Osaka city, Japan at first, and then he got a vision of playing it while singing in his future at the moment he hit it. He started his career as a Djembe singer.

He has performed not only in Japan but abroad such as Taiwan, South Korea and Australia.

Music of the Plants "Seeds of Earth" https://www.daichinotane.com/

VIP membership registration for this owner is only available on the apps. Please download the app to register as a VIP member.